The Tactus.Control is designed to supplement the eMotion LV1 touch screen by providing moving faders, lighted buttons, and knobs for the most used functions. The latest update, now supported by the Tactus Digital Mixing Systems, now offers resizable plugins, retina-ready graphics, a lightning-fast preset browser, and the ability to find and add presets instantly.

Crest Audio’s Tactus Digital Mixing System is a scalable, modular system designed to support any type of live performance event or recording environment. The Crest Tactus hardware and WAVES LV1 eMotion software combine to create a high-quality, flexible live-sound system, giving the operator a flexible audio mixing solution and the ability to expand up to 256 channels to meet any challenge, including fixed installed and touring systems.

Tactus Digital Mixing System products, including Tactus.Control, are in stock and available now for immediate shipping. 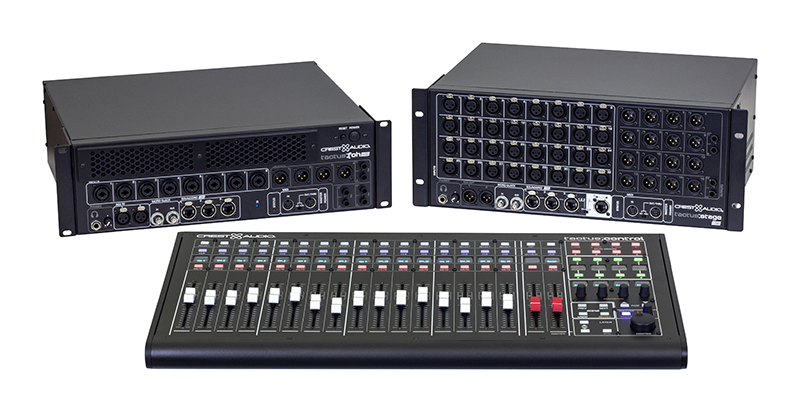