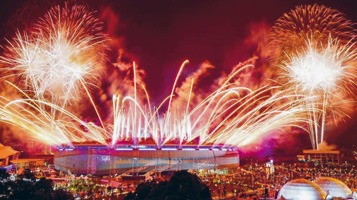 2017 turned out to be a big year in Malaysia – celebrations of the country’s 60th year of independence coincided with the return to Kuala Lumpur of the biggest multi-sports event in SouthEast Asia, the SEA Games, as well as the ASEAN Para Games. First inaugurated in 1959 as the SEAP (South East Asian Peninsular) Games with just twelve sports, the biennial event celebrated its 29th edition this year with over 400 events in 38 different sports. 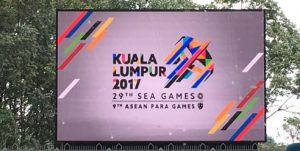 The last time that Malaysia hosted the SEA Games was in 2001 when the country emerged as overall champions with 111 gold medals. At the time, Malaysia was justly proud of its super-modern sports infrastructure that had been built especially for the Commonwealth Games in 1998. However, standards and expectations no longer being what they were 20 years ago, the nation embarked on a full rejuvenation and renovation process in order to bring the KL Sports City complex at Bukit Jalil up to world class modern standards.

The brief called for the transformation from design to completion within 18 months to provide both four “new” world class venues to stage major events and recreational facilities for the Malaysian community. The redevelopment of Bukit Jalil National Stadium, Putra Stadium (now Axiata Arena), the National Aquatic Centre and the National Hockey Stadium focused on providing functional excellence coupled with the expression of Malaysia culture. 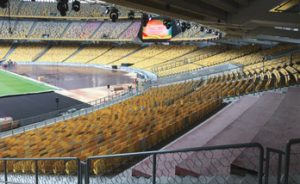 However, no sporting venue can be considered world class unless it has an audio system of the same calibre; hence renowned Malaysian systems integration company, A.F.S. Engineering, was appointed to design, specify and install all the sound reinforcement systems across all four venues. A.F.S. selected the MediaMatrix NION networked audio DSP platform from Peavey as the backbone of each system, providing routing throughout and loudspeaker DSP management where required depending on the loudspeaker systems used, as well as system control via the MediaMatrix NWare Kiosk software interface.

Peavey’s application engineer EMEA, Lee Freer, was on site for two weeks to support A.F.S. in programming and commissioning all the systems prior to the opening ceremony and remained on hand throughout the games. Lee explains here in more detail why NION was selected for the job and how it all works:

“NION was chosen largely thanks to its powerful routing capabilities and the convenience of the Kiosk control interface, which was used throughout. NION provided a huge amount of flexibility coping with the vast number of outputs, especially in the Bukit Jalil Stadium and Axiata Arena. Each venue was split into four zones, or quadrants, with a NION n6 unit in the Master Control Room and one or two NIONs per quadrant to provide reliable Dante signal breakout. NION enabled us to deliver a stable, redundant networked solution with lots of flexibility, plenty of headroom and fast, elegant control via the NWare Kiosk interface.” 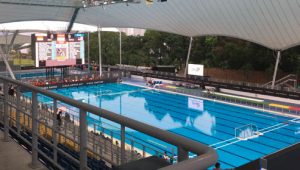 “In the Aquatic Centre and the National Hockey Stadium where the PA system was comprised of RCF loudspeakers and Inter-M amplifiers, the NIONs also provided DSP processing for all system inputs and speaker processing for all outputs,” continued Freer. “The processed audio was then routed over a redundant Dante AoIP network to quadrant-based NIONs and then re-routed out via Dante to numerous Inter-M Dante amplifiers to interleaved loudspeaker circuits for maximum reliability.”

NWare Kiosk control was used across all the venues, allowing operators to adjust or mute specific areas that interfered with OB proceedings. A case in point was at the Aquatics centre: once an event had finished, the OB cameras would focus on the competitor interview at the poolside. It was noted that the sound reinforcement system was giving too much ambient bleed to the broadcasters, so A.F.S. set up a procedure that enabled the system operators to mute specific clusters between events via the Kiosk interface so that the OB feeds were clean. “Quick, simple and efficient – everyone was happy!”

“The SEA Games provides us with another great example of the flexibility of the NION networked DSP platform when it comes to managing complex events in large venues,” said Freer. “In opting for NION as the backbone, the integrator knows that he has lots of choices, and he can pick and choose the options that best suit his application. That’s exactly what A.F.S. did in this instance – not every system was the same by any means – and it all worked seamlessly and to great effect. It made my job really easy!”

A mix of NION units were deployed across the four venues depending on the type of functionality and the number of I/Os required.

The Bukit Jalil National Stadium featured the flagship NION n6 8-in/8-out Dante device in the Master Control Room with an 8-in/24-out NION n3 in each quadrant handling audio routing for the 52 hangs of L’Acoustics Kara and Kiva arrays. An 8-out NION nX in Q1 and Q3 were deployed to run the 64 under-balcony feeds.

The Axiata Stadium benefitted from an 8-in/16-out NION n6 in the Master Control Room and an 8-in/21-out NION nXs in Q2, Q3 and Q4 handling routing for the L’Acoustics Kara and Kiva II arrays.

The Aquatics Centre was a single NION system with an 8-in/16-out NION nX running four stacks of six and two stacks of four RCF P5228 spectator arrays and RCF P6215 and RCF 3115T poolside systems for the competition and training pools.

The National Hockey Stadium had an 8-in/8-out NION n3 in the master control room with a second n3 in Q3 and an 8-in/8-out NION nX in Q1 and Q4 running a total of 96 RCF P56228 loudspeakers distributed across 24 hangs around the stadium. The ancillary hockey pitch utilised a scaled-down version of the same system as array hangs were not a major requirement for this more open space. A Yamaha TF5 digital mixing console presided in each venue to handle the mix from the microphones before distributing out to the various zones of the PA system via NION. 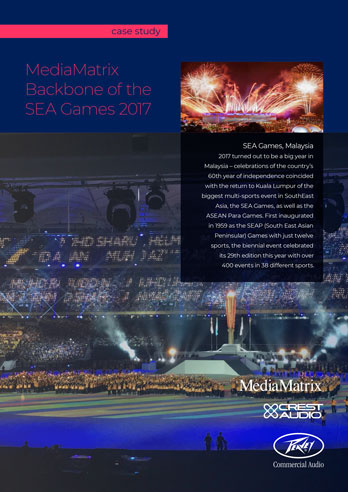